Heck, the Internet seems to have spread its legs real wide!  It’s a digital whorehouse, and a free one at that! And I’m as guilty as everyone of you ‘Johns’ and ‘Joann(?)’s, I’ll admit! Well, almost free, given that, as some wise ‘observer’ commented ruefully that ‘we have come to live in an age where WiFi can be cheaper than water’, probably after scratching their head in desperation about getting people to retrospect and decided to do so with an ‘insider view’. 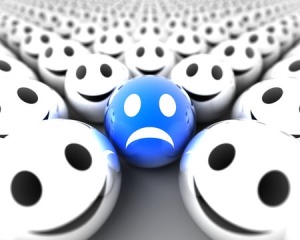 A real beauty, the Net, I tell you, but it tosses me in my bed to think how everyone’s having a go at it, willy nilly. Facebook and its ilk, I tell you, have made Wikipedia appear a scholarly journal. Anything goes. Like recently when dating app Tinder decided to conduct a social experiment to check on men’s and women’s biggest fear while dating someone online. Say, worrying they might hook up with an ‘overweight’ lady, or a stalker on the loose? Yeah, the results of the ‘experiment’ should be tabulated in a report for the department of social justice. And while they are at it, how about developing an app to gauge excitement levels of couples on their date? Closer home, there was this lady sweating it out on the streets of Mumbai  asking men how many times a day they thought of sex. This one has got several thousand ‘likes’ and ‘shares’ on Facebook and other sites. OK, so you proved that men are not forthcoming about their basic instincts, or they couldn’t articulate their feelings, or better, aren’t sexually charged. But none of that was published. We are expected to draw our conclusions from it. Sure, that you could have put the camera battery and editing time to direct use, say, to see if people can do without FB videos for a week.

These experiments and videos are still bearable at some level, as they can be regarded as short films by character, if not more. But the written word I tell you (OK, I’m bracing myself here).  Websites of questionable parentage have mushroomed all over and are humping the Internet (read ‘Web’) with crazy vigour and no let up. There’s this website, which piggybacks FB than walk about itself. Without  naming it, this one’s mostly known for ’10 things’ or ’15 reasons’ series of inane realizations, syndicated from the darkest corners of the Web. Easy way out, who doesn’t like bulleted lists. Wish it were more though.  ‘9 differences between life at 16 and life at 25’. Presumably written by someone who’s feeling geriatric at 25! ’14 struggles of being in a long distance relationship’, with the subhead ‘in a nutshell, long distance relationship sucks’. So you know how insightful the list will be, and why didn’t it occur to us all these years? The 9 and 14 are curiosity inductors no more. And Deepika no wonder entered the Forbes 10 list this week; her face is all over their website, which  I visited to see what their mission and vision statement were. Their About Us page assumes I’m either trying to nominate them for ‘TIME Person of the Year’ or being plain curious! I take this, but they still don’t give me any dough. Ask me to check back sometime later.  A couple days later I was almost ready to forgive and forget because a ’15 reasons’ list caught my eye. ‘15 things you will get when you have a South Indian friend’. With an air of triumph, I opened the list and what followed was bunkum! Sample this: ‘Bharatnatyam is not Kathakali’ and ‘Their Hindi has a funny accent’! If it’s all written by the same individual, again presumably a North Indian, then forget having a South Indian friend, they have not got their basics right! But I’ll hold myself, as they do conclude saying cool things about South Indians.

Agree, online content won’t remain fresh for more than a day, but can they help ‘not serving us oily and tasty stuff over healthy and bland ones, please’?